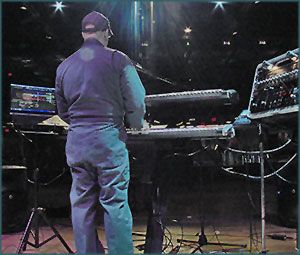 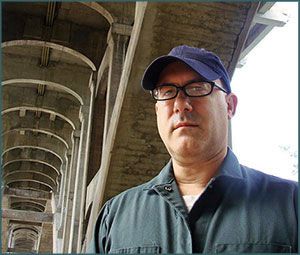 What is the band's name?  Dive Bomb Jupiter
When was it born?  September 16, 2011
Where did it come from?  An underground lab, Minnesota
Why is it here?  To make people jump up and down

Dive Bomb Jupiter is, essentially, Allen Baker, surrounded by a cluster of machines, synths, and sound modules, accompanied by an endless library of loops.

These influences put DBJ on the edm path:

What Is The SounD?

BPM range:  120 – 130 bpm
Key signature:  For those keeping score, roughly 60% of DBJ selections are either in the keys of A, D, or F.
Genre:  Tech-House, Dubstep, Techno
Subgenre:  Pure, unfiltered synth pop.

Note: While attending a Dive Bomb Jupiter show, people are often driven to groove. Internal studies conducted by Dive Bomb Jupiter have shown that audiences, across the demographic spectrum, are compelled to dance, immediately, as the first set begins. This is largely autonomic, and cannot be helped. They are now primed and ready to order drinks.